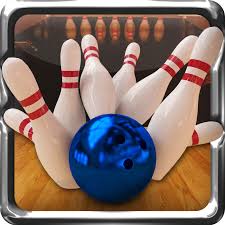 The time has come that all the European nations that make up the EU organization are facing the essential point in which an unexpected accident and the worst not planned in advance, reveals that in the face of a major change the European Union It does not offer a unitary response and, moreover, the member countries intend to take advantage of the situation to take advantage of their own, even if this represents the destruction of European structures themselves.

The leaders of the European Union on Thursday began negotiations for the budget for the period 2021-2027 of the EU, which must fill a gap of 75,000 million euros (81,000 million dollars) left by the departure of the United Kingdom, just when They face costly challenges such as achieving neutrality in carbon dioxide emissions by 2050, and increasing spending on defense structures in the face of the more than likely abandonment of NATO by the US.

The budget is the most tangible expression of the key areas in which EU members will focus their efforts over the next seven years and their willingness to take a step forward, however, the divisions were evident even before the beginning of the Two-day round of negotiations.

The block of 27 Member States wants to spend more on climate, migration, digitalization and security, but net taxpayers refuse to pay more, and beneficiaries want to retain the support they receive in agriculture and development.

The starting point of the negotiations will be 1.074% of the gross national product (GNP) of the block, or 1.09 billion euros. Although it is only a fraction of the national budgets of the Member States, some consider it too much and others too little, which makes it more likely that leaders will approach an intermediate commitment in the next two days instead of closing a full agreement.

"It would be unacceptable for Europe to compensate for the departure of the British by reducing their own resources," said French President Emmanuel Macron. “I will take the necessary time to reach an ambitious agreement. This could take several hours, several nights, several days.” The conversations of course expose the different priorities of the countries of the north and of the south, of the east and of the west, and of the more developed and less advanced economies.

“A third (of the budget) is still used for agriculture, a third for cohesion. I cannot subscribe this proposal. The proposal is simply not good,” said Dutch Prime Minister Mark Rutte, whose country is one of the net contributors who want to limit the overall budget size to 1.0% of GDP. Of course, to contribute less and thereby retain more economic resources for your country.

But those who want to preserve the current status were not equally inflexible, “New areas of spending, such as research or migration, defense or innovation are important political areas, but cannot be at the expense of cohesion and agricultural policy common,” said Polish Prime Minister Mateusz Morawiecki.

The EU budget receives money from customs tariffs on goods that enter its single market, a portion of VAT, from EU antitrust fines imposed on companies and national contributions.

On the other hand, it invests money in subsidies for EU farmers, in the equalization of living standards throughout the block, in border management, in research, in security and in various aid programs for non-member entities. The EU.

Some of the net taxpayers (such as the “four austere ones”: The Netherlands, Austria, Sweden and Denmark) want to limit the budget to 1.00% of GNP. Germany, the largest taxpayer, is willing to accept a little more, but 1.07% is too high for Berlin. The European Commission has proposed 1.1% and the European Parliament, which will vote on the budget, wants 1.3%. (?) This is a sample “of the disunity of the union” that is presented to a meeting of this magnitude, without a unitary approach among its own government structures.

“It is very clear that the member states have very distant positions. It seems good to us to be net contributors, but we cannot accept a drastic increase in our rates - that's out of the question,” Swedish Prime Minister Stefan Lofven told reporters.

To help fill the economic gap of Brexit, a fact that I do not understand because I do not see why you have to fill an economic gap of a country that is no longer part of the EU it is clear that without the contribution of this country the budget will be lower This should have been calculated years ago when Brexit began to be discussed.

The fact that this assumption of “filling in” the contribution of GB now arises, means that the decision to make Brexit effective by Great Britain was correct since it is clear that the GB paid for its membership in the EU without apparently receiving anything in return , because if this was not so, now not receiving the British contribution would not affect anything if on the contrary there were no counterparts to receive from GB.

The Commission has also proposed the elimination of discounts on budgetary contributions that many of the net taxpayers now enjoy. But net taxpayers refuse to accept the end of benefits, the EU is also considering other sources of income, with leaders divided before a tax on plastic waste or the distribution of benefits from the trade in CO2 emissions.

The representatives warn that, if an agreement is not reached by the end of the year, the block will have to freeze most of its projects from 2021. “This is warned by the Leaders,” what I am telling you is to stop discussing the impossible. and look to change the structures of form and government of the European Union.